Because of its high viscosity, in order for plastic injection moulding to be successful melted polymer must be injected into a hollow mould with a large force.

Feeding the polymer resin (pellets) down to the auger (screw) is a large open-bottomed container. An electric (or hydraulic) motor is responsible for turning the auger inside a heated cylinder which feeds the pellets up through the grooves of the auger. A gate before the mould cavity restricts the flow of the melt into the mould and limits backflow. The pressure created by pushing the forward through the grooves up to the gate also produces heat on the inside of the cylinder which helps to melt the polymer and prepare it for injection into the mould. 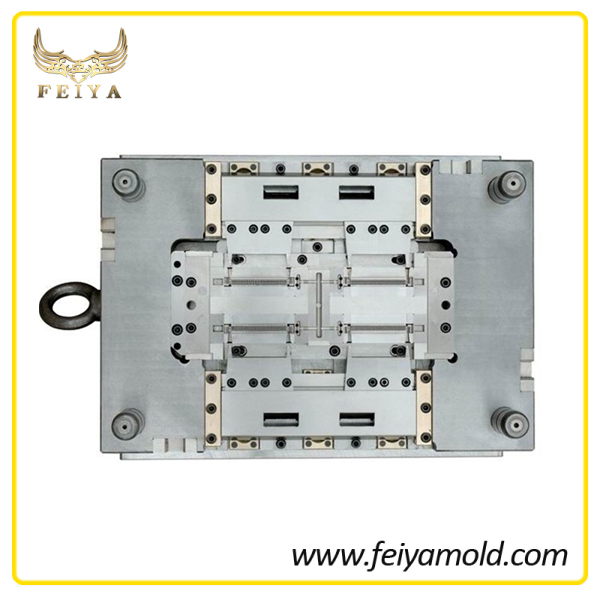 Injection of Polymer Melt Into the Mould

As the auger moves forward it injects polymer melt into the mould at high pressure (typically 10,000 - 30,000 psi), holds it, and adds more melt to ensure the contraction due to cooling and solidification does not leave gaps in the final product. Eventually the gate solidifies and isolates the mould from the injection cylinder.

Moulds are typically air or water cooled. Sometimes small holes are bored into the mould that allow a cooling liquid (such as water) to be circulated. Injection mould cooling consumes about 85% of the cycle time for the entire process.

After solidification, the clamp holding the two halves of the mould together closed is opened allowing the part to be removed. The injection moulding process can then be repeated.